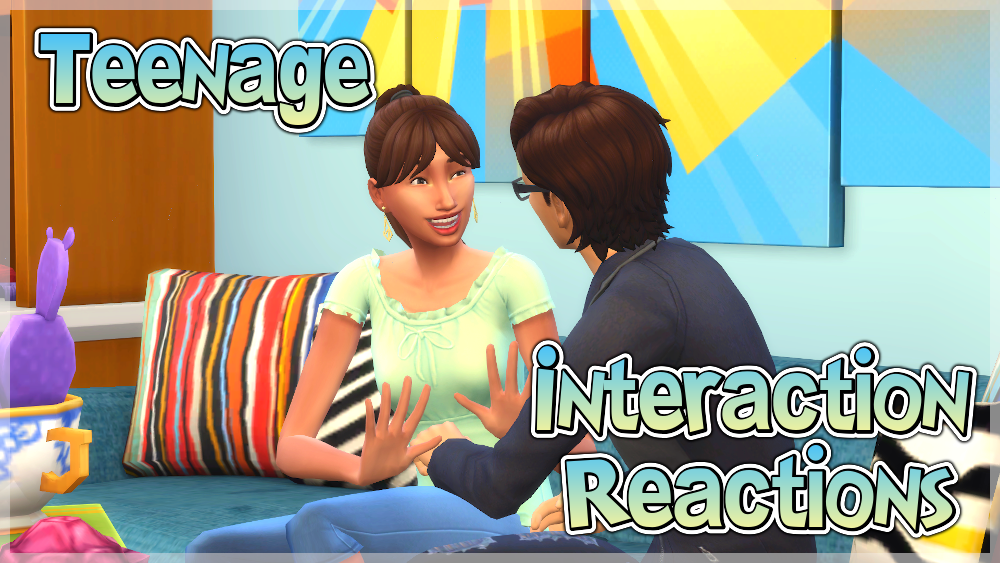 Similar to my other Interaction Reaction mods, this mod adds new moodlets, notifications and sentiments to some of the interactions for teenagers in the game. With the release of the High School Years expansion getting closer I got thinking about some of the terrific interactions the teens actually do have in the game. The downside to them is that they don’t really do anything. They don’t mean much in the greater scheme of the game. So, I wanted to change that by gradually working through the interactions that I feel need a little more depth.