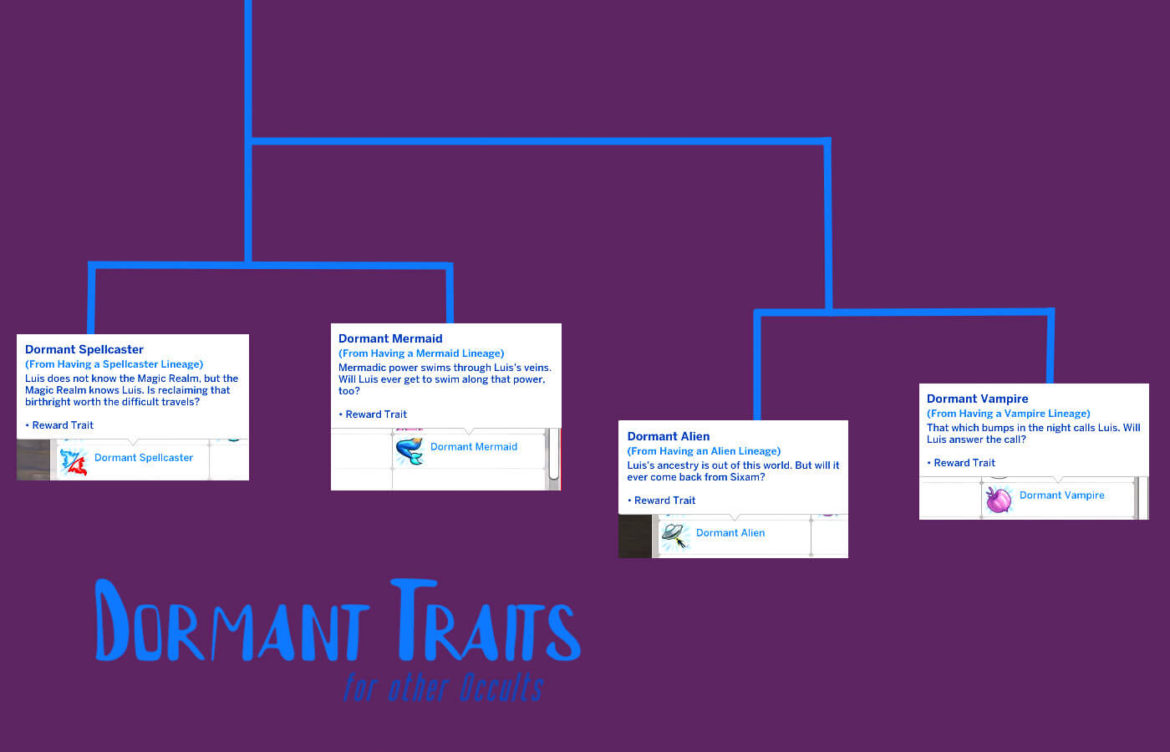 Requested by bussysims on tumblr. So it was brought to my attention that Werewolves get the possibility of being a Dormant Wolf rather than just a regular Werewolf upon birth, so why shouldn’t other Occults have something like that? There are alternate ways for them to become Occults, sure, but still, why not. Much like my eloquence in this post, the content for Dormant Occults was sorely lacking. Whenever an Occult has a child who doesn’t get their parent’s respective Occult trait, there is a YES/NO chance they might get the Dormant Occult instead. They can either get it or not get it, both possibilities have the same weight. So they either get the Dormant Occult or they don’t.